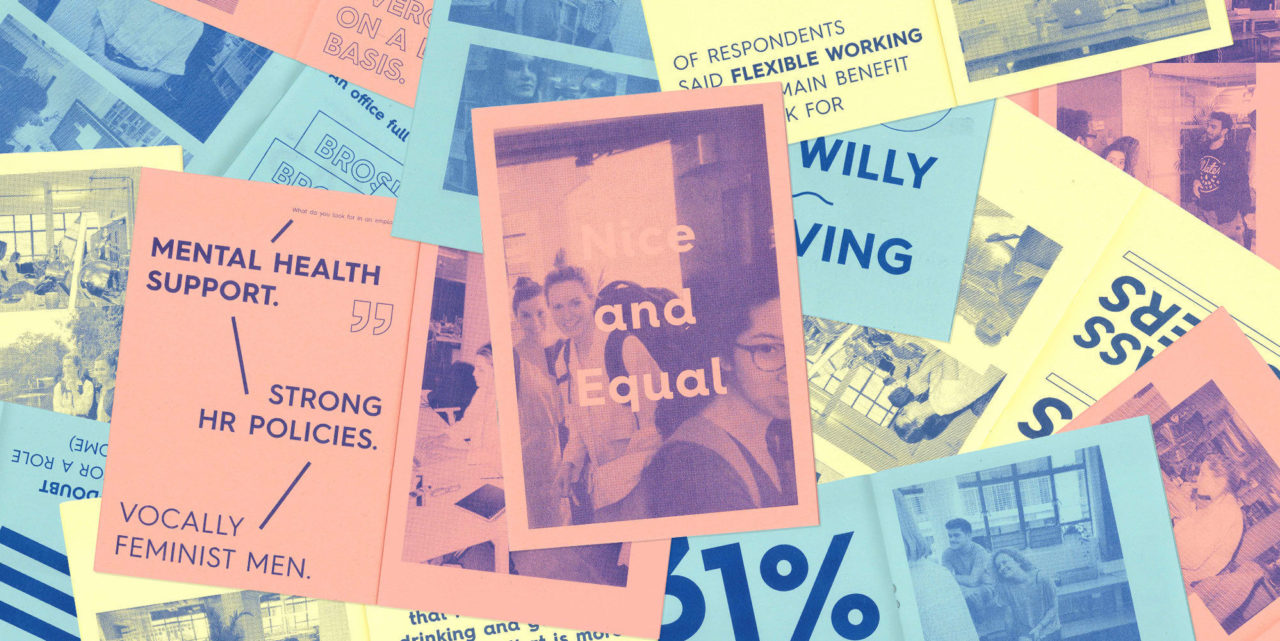 Women are having a moment...or a movement; either way it’s about time! It seems like every brand, business, organisation, and agency are highlighting (in)equality on all fronts: from the gender pay gap and representation in the media, to unconscious bias in hiring and a lack of females in management roles.

With so much focus on gender equality it’s easy to stare at the monitor and nod along. Totally agree, why aren’t more women on boards? Why are there so few female creative directors?

That’s all well and good, but how do we actually change things?

We’ve been debating that at the Nice and Serious studio for a while now. We know that a diverse workforce is a strong workforce, yet we’ve always struggled to recruit women. That’s partly a reflection of the industry, but frankly, it comes down to us.

That’s why we started Nice and Equal.

It began by asking women what they look for in an employer.

The Nice and Equal survey had 291 respondents from 22 different countries, voicing what prevents them from applying for certain jobs and what benefits they’d like. Massive thanks to everyone who took part—including eight men, two who preferred not to state their gender, and one troll.

Here’s what we found: 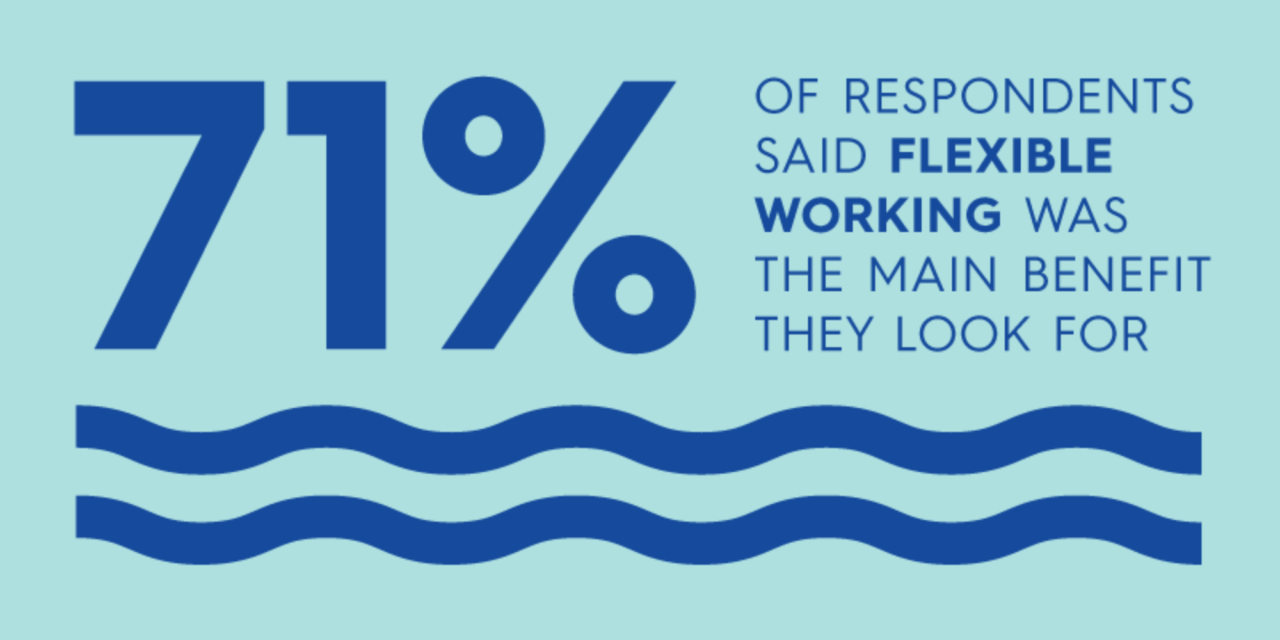 “Often recruitment agents won’t put me forward for jobs because I am part time. Most of the clients I work for are thrilled with my work and overlook the fact that I work part time. I feel there is a disconnect between recruitment agencies and what their clients actually want.”

Culture also emerged as a big deciding factor. Women cited cultural tenets that deterred them from a company like:

“The fetishisation of ‘networking’ parties,”

"An office full of bros. It's far too common”. 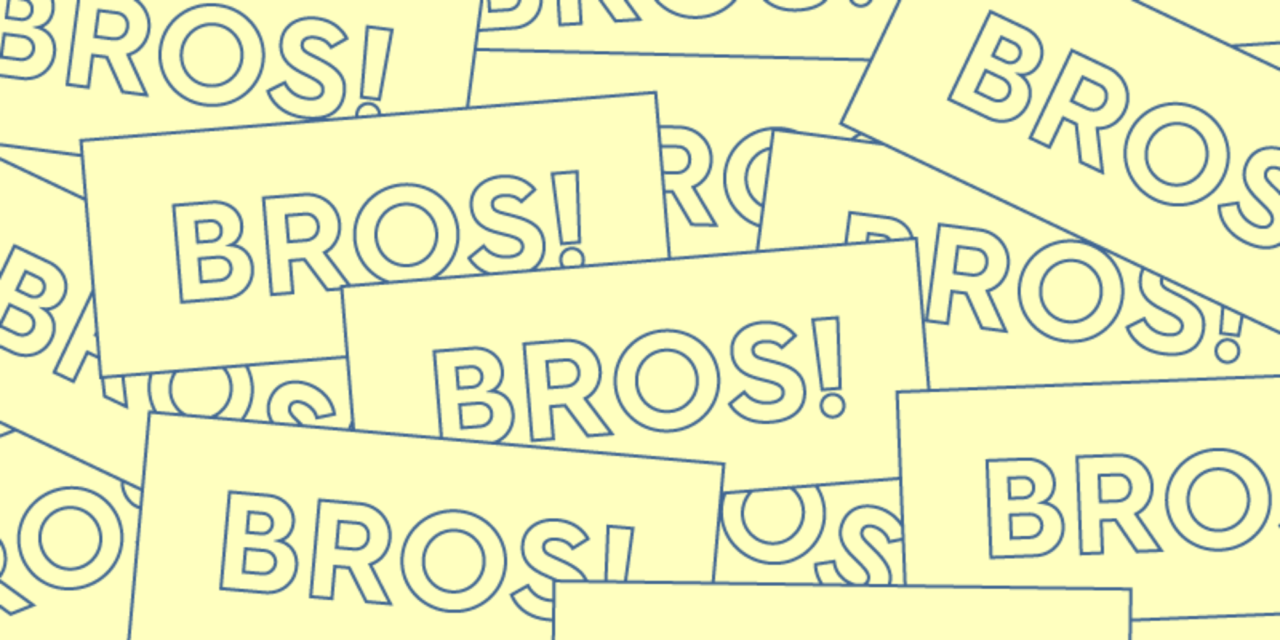 Imposter syndrome featured a lot in the responses. 31% mentioned flagging confidence or self-doubt when applying for a role. 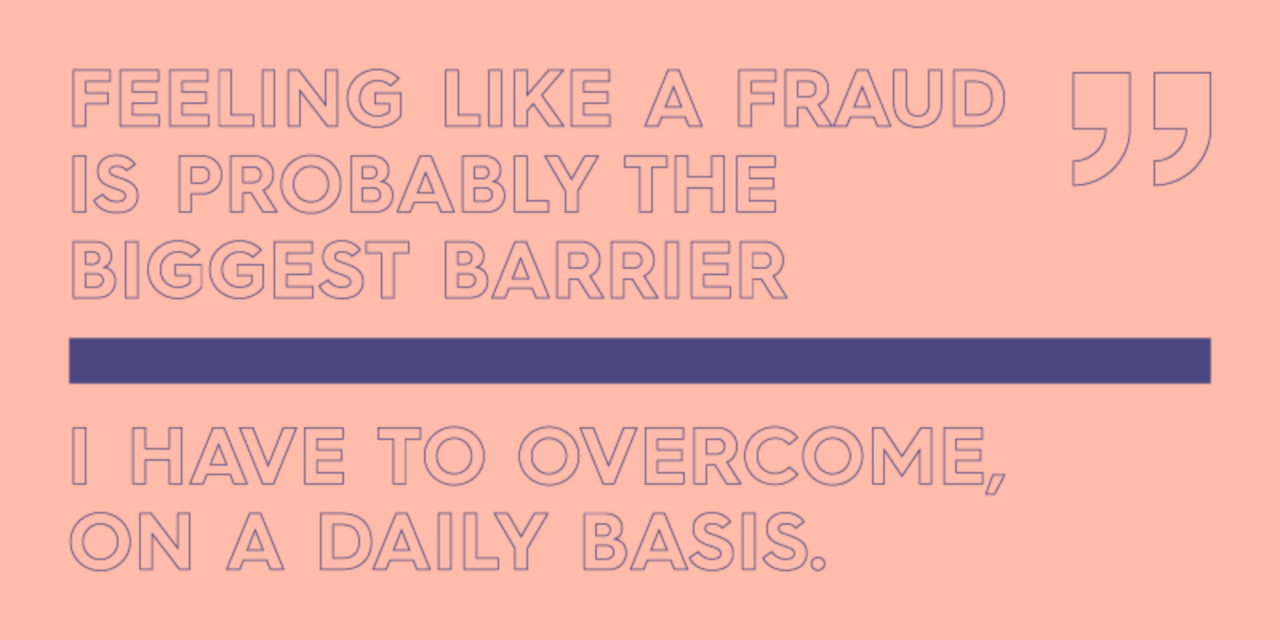 The survey was designed in part as a compass that’d point Nice and Serious in the direction of effective change. And it has. We began having more open discussions about diversity with each other, with other agencies, and our clients. Then we took a long hard look at our policies and made changes where they needed to be made.

We started with how we advertise jobs. Historically, we’ve gone through recruiters and our networks. We’re now advertising on Linkedin, through Ada's List and If You Could – the three places respondents most frequently look for jobs.

Then we reviewed our flexible working benefits. We doubled-down on offering flexi-time (something we’ve been giving team members for years) and committed to always taking an open and practical approach to requests for part-time work, working-from-home, and job sharing. We also changed every current and future team members' contract, adding a maternity/paternity pay and leave policy that goes beyond the statutory requirement. On top of that we created and implemented a Diversity and Inclusion Policy that formalises our open and equal, non-discriminatory approach to hiring.

Beyond the policy changes, our aim is to do everything we can to encourage more women in the industry. Sometimes that looks like hosting 26 teenage girls for a career day, and having a steady stream of young women coming in for work experience. But it’s also about visibility. We actively encourage our team to get out there, speak about their work and career, and show that the creative industry is, and should be a place for everyone.