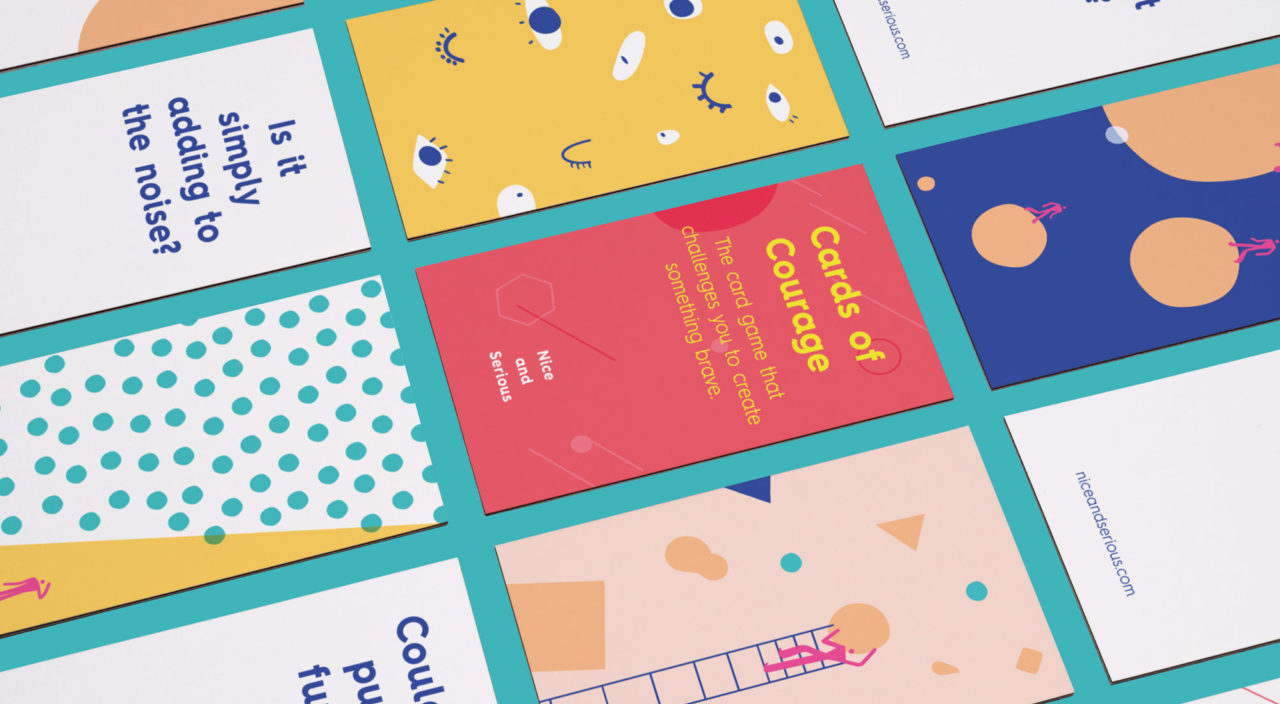 In Pursuit of Creative Bravery

Being told your work is good isn’t a compliment anymore. There’s so much ‘good’ work out there that ‘good’ feels forgettable and lacklustre. Brave work, on the other hand, is hard to come by. If we want to create something that truly sticks, we should be striving for creative bravery.

But first, what does it mean to be brave? In the dictionary, it’s defined as showing strength in the face of pain. We think of a soldier throwing himself onto a grenade, or a passing stranger diving into a frozen lake to rescue a drowning child. Or perhaps we think of a colleague who single-mindedly pushes through an idea regardless of doubters.

The truth is, bravery is a relative concept. We’re quick to point out bravery when we see it in others, yet we rarely recognise it within ourselves. Instead, a voice in our heads call it stupidity or naivety. And so we choose not to act.

So what does bravery look like in communications? Cadbury’s Gorilla or Dumb Ways to Die are both fabled examples of brave work. They were different, unexpected and they trod a new path. They surprised and delighted viewers, and were shared millions of times as a result.

But imagine the ideas when they were first pitched– the stares, the mocking laughter, the account exec’s trembling fear. That’s ultimately what makes them brave.

For a brand, brave communications sells more stuff. But for charities, it can save more lives. It goes without saying that we should all be striving to produce brave creative work. So why is it that we only see rare glimpses of brave communications?

An American client of ours once said to me, “Tom, I always know when one of your ideas is going to be great, because it makes me feel a bit sick.”

What our client made me realise was that it’s vulnerability that defines bravery. For an idea to be brave, there needs to be risk, uncertainty and originality. Bravery is about acknowledging the risks and discomfort, yet finding the courage to push through in the belief that it will lead to greatness.

The problem is that rejection and failure are two of humanity’s greatest fears. It’s no wonder that brave work is rare. Fear gets in the way and we settle for the easy option, a.k.a the lowest common denominator. The problem with comfort is that it results in mediocrity. And in our space, mediocre is unacceptable. The issues are too important.

Last week I found myself frozen with fear. My wife recently gave birth to twin boys and we wanted to take them out to a restaurant for the first time. The idea of pushing a double buggy in between tables with two wailing kids genuinely terrified me. I hate inconveniencing people, and stares of annoyance cut through me. But my wife forced my hand, and she rightly pointed out that if we didn’t do it, we would forever remain in our flat. I plucked up the courage, and despite a bit of vomit on my shirt, the whole experience was far less painful than I expected. That one successful trip built my confidence, and by the third time I was flying solo.

The point is, face your fear and do it anyway. Then do it again. And again. Creative bravery is a skill, it requires hard work and exposure to build confidence.

Unfortunately, there’s no sanitised, low-risk way to deliver brave communications. If you believe in it, you have to accept that you might fall flat on your face and people will question your judgement. But what will define you is your ability to pick yourself back up and press on.

So to keep pushing our creative limits, we made Cards of Courage, a card game that challenges you to create brave work. Each pack of cards contains six questions and to make brave work, you need to answer ‘No’ to as many questions. For the next campaign you work on, let us know how many ‘No’s you scored. If you’d like a free pack, drop us an email at hello@niceandserious.com

Businesses don't have a moral compass, people do.

The story of how the Moral Compass came into being.