Getting creative with sustainability reporting

“Corporate sustainability report”, three words that generate about as much enthusiasm as “orthopedic walking shoes”.

Pity, that, because just like the latter, there’s often some pretty helpful stuff in a good sustainability report.

At the least, they’re solid ways of holding accountable the companies responsible for the products that fill our lives.

But that’s not how sustainability reports get used these days; instead they’re check-boxes meant to give boards and investors peace of mind.

Heineken USA was keen to change that. They’d tried their hand at making a game out of their sustainability data, and having Dutch hip-hop artist Blaxtar rap about it, but they thought there was room to go even further afield.

For 2016, they also had some compelling numbers:

And a brand position well-suited to a bit of mischief and a bit of counterculture. So we played on both to create a campaign that said outright what everyone already knows about Heineken’s 2016 Corporate Sustainability Report: you’re not gonna read this.

The campaign is geared towards Heineken’s consumers—not an internal audience. And as simple as it sounds, that’s a pretty huge step for a brand Heineken’s size. Especially knowing how painful the idea of reading a sustainability report is to us ethically-obsessed yet attention-less millennial beer drinkers.

So rather than try to convince consumers to read the report as it is, we challenged their hesitation to a series of “would you rather’s”. You know, that game of one-upmanship that never takes more than three turns to get uncomfortably scatty.

Our approach was a bit tamer, but still made way for some hilarity, where every “would you rather” ended with “…read the Heineken 2016 Corporate Sustainability Report”.

For example, would you rather always have an orange spray tan (cough cough Trump cough) or read the Heineken 2016 Corporate Sustainability Report?

We then built a series of GIFs and short animations to visualize our “would you rather’s”, and let them loose on social. 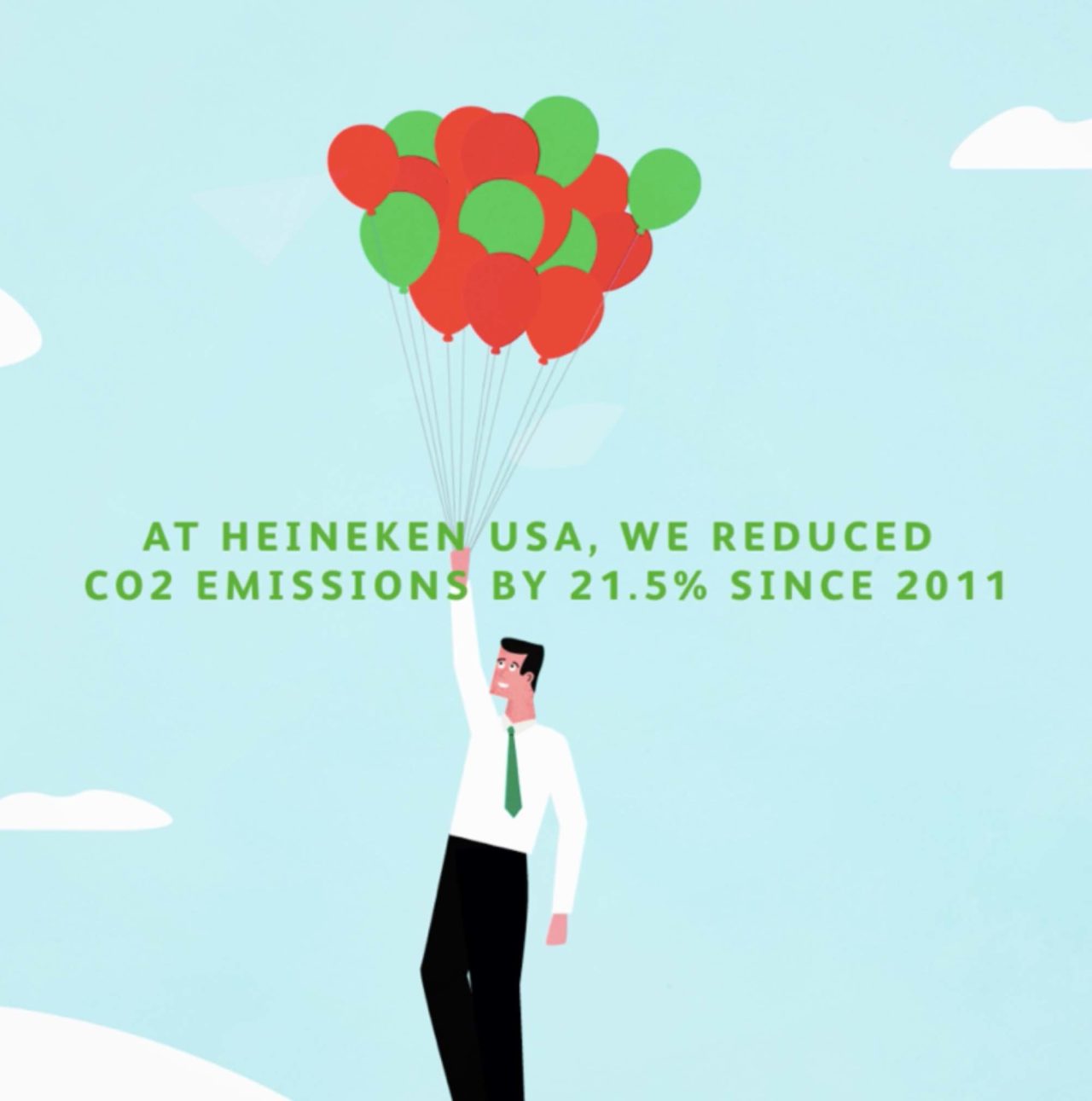 Each GIF and animation featured a character loosely resembling Heineken’s target demographic, further driving home the point that there’s a lot we’d rather do than read a sustainability report. 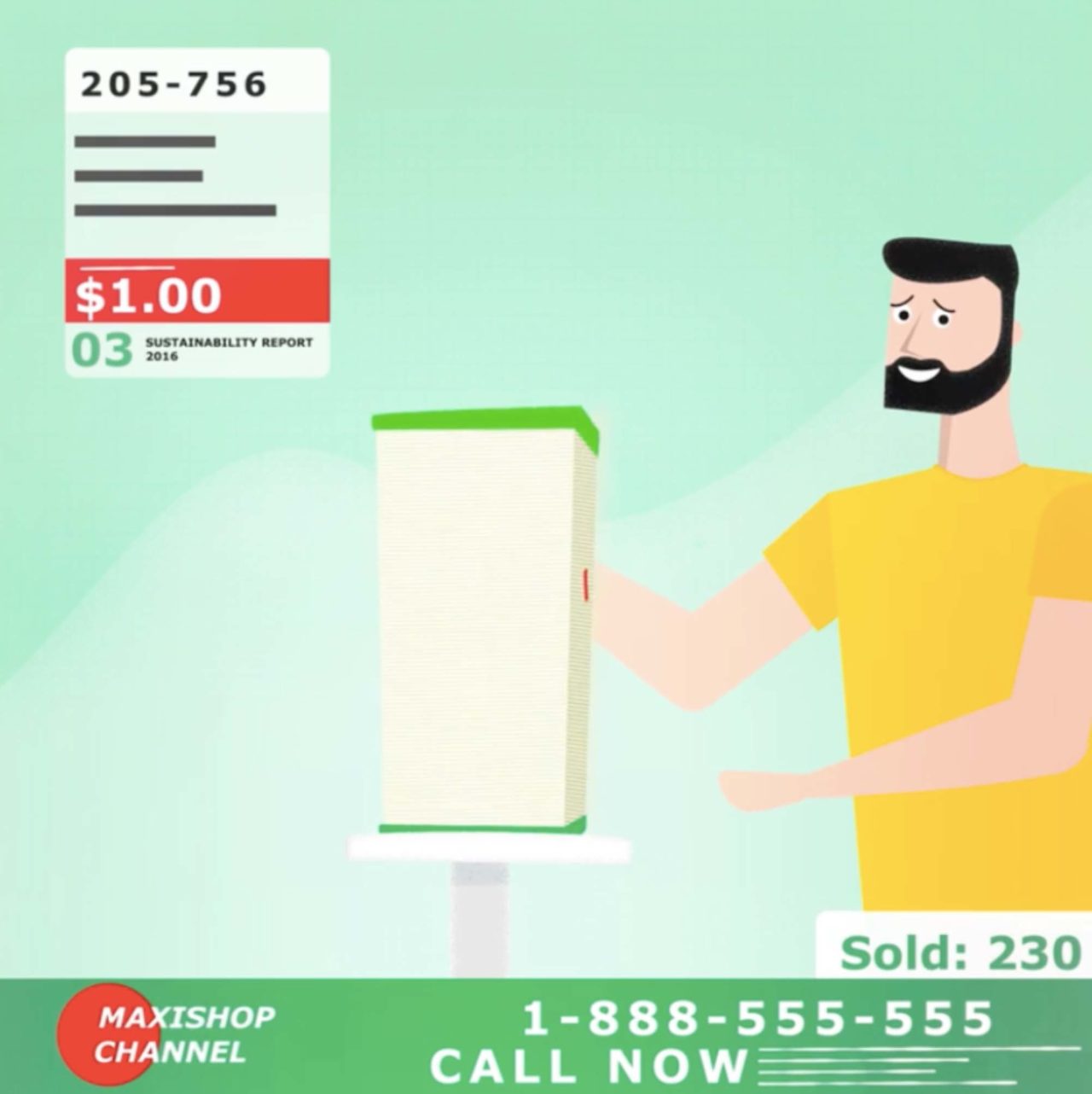 Every ad points to a microsite designed to give a clean, simple picture of Heineken’s sustainability efforts while letting the LOLs roll.

With an eye toward Heineken consumers, we wanted the microsite to be just as funny and approachable as the “would you rather’s”, so we optimized it for mobile and made the user interface feel like a text message exchange. Think Quartz, but with less dire information. 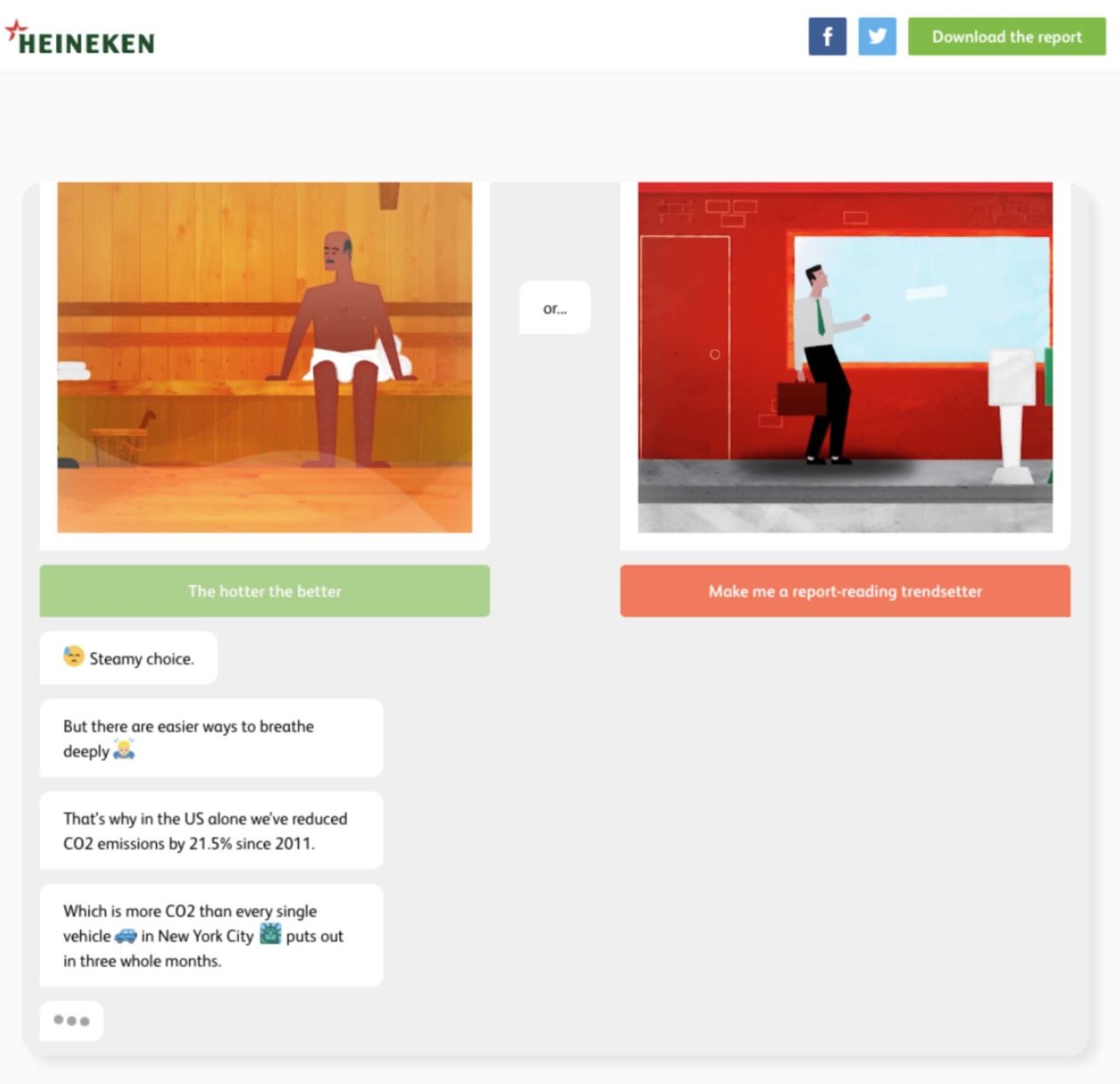 Ironically, You’re Not Gonna Read This gained 10x the views their 2015 sustainability report did. So, maybe, you are?

Check it out here.